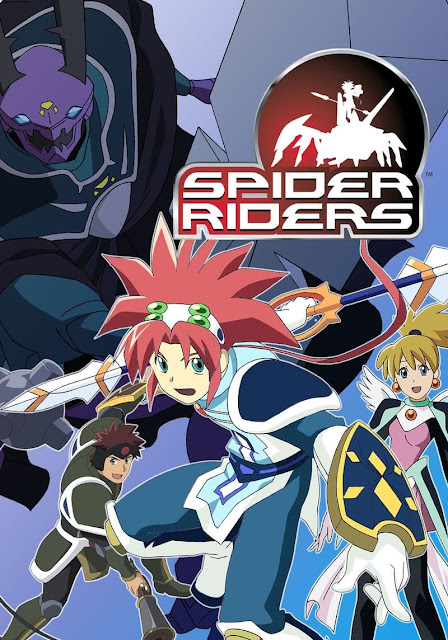 Underneath the surface of the Earth lies the Inner World, a realm where a war rages on between intelligent spiders and the invading humanoid insects known as Insectors. However, the spiders are not alone, as “Spider Riders”—humans from the Outer World, known as Earthens in the Inner World, that are chosen by the Oracle—fight alongside them. Filled with wondrous tales of a mysterious pyramid and entrusted with his grandfather’s journal, a young boy called Hunter Steele sets out on an exploration. There, his destined meeting with the Oracle occurs, and he is transported into the Inner World as a Spider Rider.

Finding himself lost and confused in the middle of a forest, Hunter crosses paths with a giant spider named Shadow. Although reluctant, Shadow agrees to fight by his side. He then meets Corona—a skilled Spider Hunter and kind girl with a penchant for normal life. She shows him the ropes of being a Spider Rider, and educates him about the fate of the Inner World if the Insectors continue their tyrannical reign.

Thus begins the story of Hunter Steele, a heedless young boy on a quest to save the Inner World. But his task of retrieving the four Oracle Keys holding the Oracle’s true power will lead him to an ultimate clash against Mantid, leader of the Insectors.