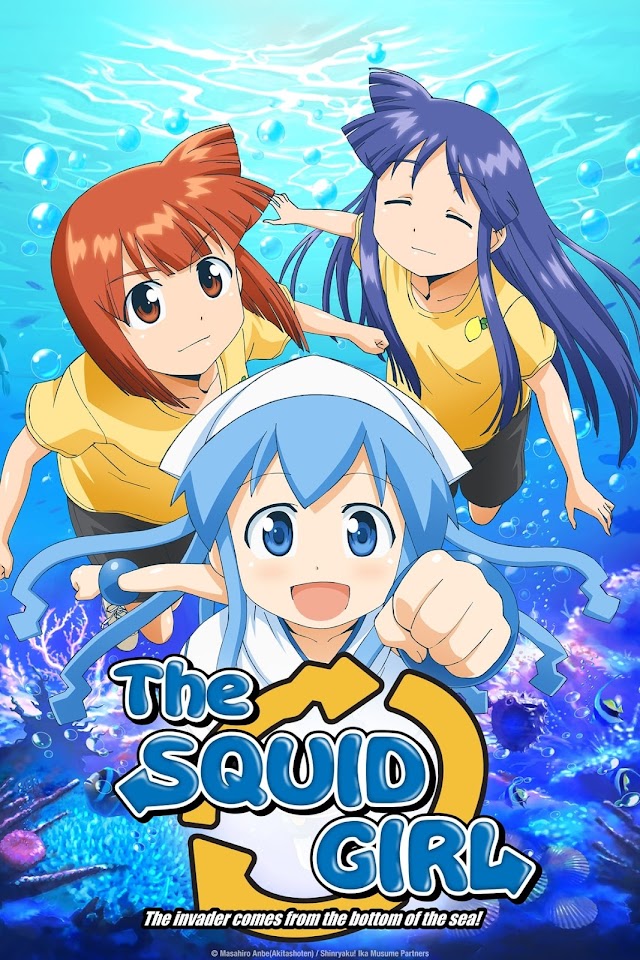 Humans have been polluting the ocean for a long time, carelessly pouring their garbage and desecrating the waters that many creatures call home. The denizens of the sea have suffered at their poisoning hands. Finally, one certain squid has had enough and vows to punish the humans’ selfish actions.

Possessing all the fearsome abilities of a squid such as powerful hair-tentacles, the ability to spit ink, and even use bioluminescence at will, Ika Musume takes it upon herself to rise from the depths of the ocean and exact revenge upon humanity! She surfaces at a certain Lemon Beach House, a restaurant managed by the sisters Eiko and Chizuru Aizawa. Thinking them to be an easy first step toward world domination, she immediately declares war against them, only to find out that she is, quite literally, a fish out of water! To make things worse, she destroys a part of a wall of the beach house in an attempt to flaunt her squiddy superiority and is consequently forced into becoming a waitress to pay the repair costs. Beached for the time being after tasting a thorough defeat at the hands of the Aizawa sisters, Ika Musume is forced to put her plans for world domination on hold.

Despite these setbacks, Ika Musume soon finds herself right at home in her unexpected position as Lemon Beach House’s newest employee. Wacky and hilarious, Shinryaku! Ika Musume follows her brand new life on the surface as she makes precious memories and meet lots of new people. With her newfound acquaintances, Ika Musume is looking to take the world by storm, one squid ink spaghetti at a time!