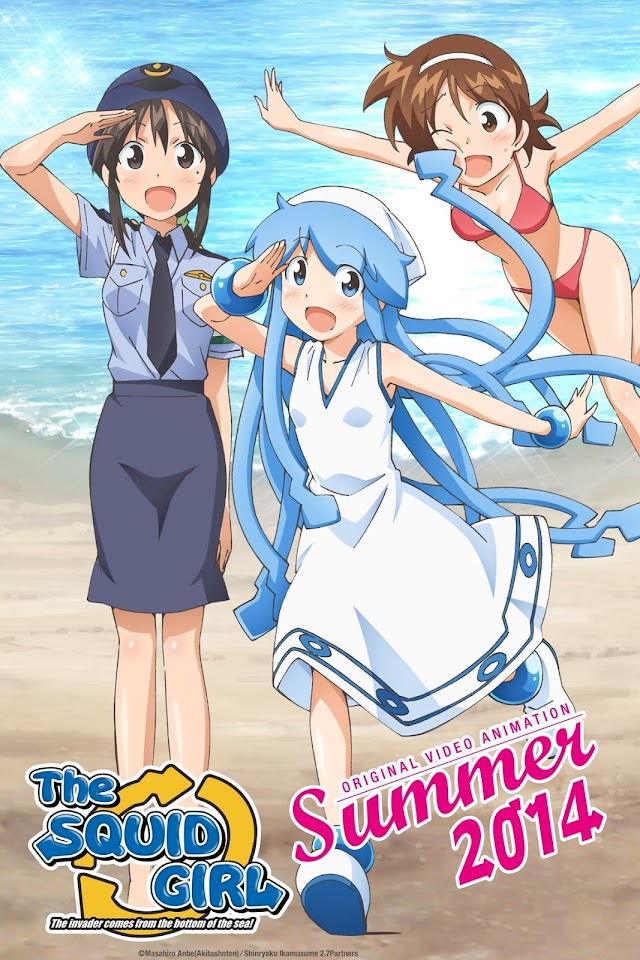 OVA1: The comedy continues for our cast of characters when the Three Stooges create their own game console that won’t break easily. However, they soon find it virtually unplayable. Later, Ayumi reveals she has no problem talking normally with Squid Girl and Chizuru because she doesn’t consider them human. This doesn’t sit well with Chizuru, which leads her to taking some extreme measures to prove Ayumi wrong. Squid Girl decides to hide from the rest of the family in an attempt to surprise them.

OVA2: The Aizawas blow up an inflatable pool for Squid Girl, which she decides to put on the roof for privacy. When it rains though, it ends up sliding out to sea! Later, Goro’s mother visits the beach which proves to end with, him facing some embarrassments. Afterwards, Squid Girl tries her hand at sending a message in a bottle. When it keeps washing back onto the shore, the Three Stooges try to invent a rocket that will launch it far out to sea.

OVA3: Things go a bit sideways when the Southern Winds Owner fills in for Chizuru at the Lemon, with his robotic Fake Squid Girl. Later, Sanae tries to hide her Squid Girl memorabilia from Kiyomi, but gets found out when she returns for her bag. Afterwards, a police officer named Keiko Furukawa comes by the Lemon, and becomes suspicious of Squid Girl.