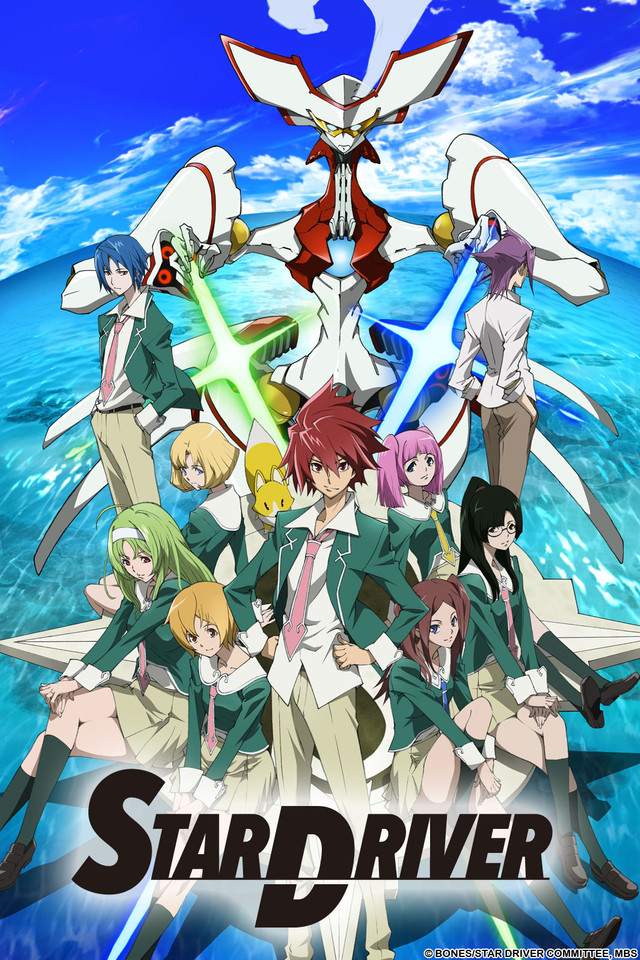 Star Driver takes place on the fictional Southern Cross Isle. One night, a boy named Takuto washes up on shore swimming from the mainland. He later enrolls in Southern Cross High School as a freshmen and makes new friends. However, beneath the school is a group of mysterious giants called Cybodies, which can be controlled by humans in an alternate dimension known as Zero Time. Takuto, The “Galactic Pretty Boy” , finds himself dragged into opposition with the “Glittering Crux Brigade”.