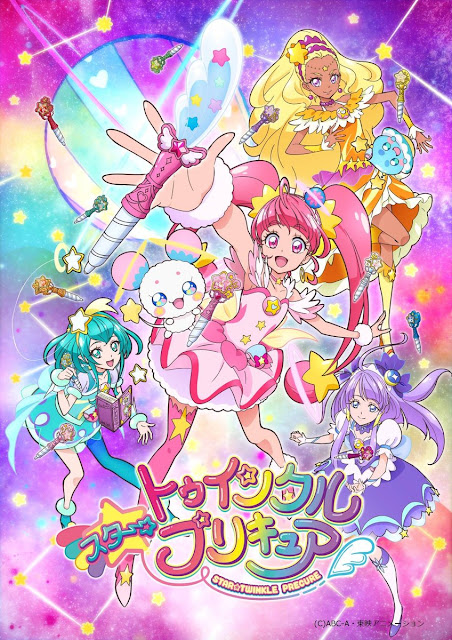 Hikaru Hoshina is an energetic middle school student with a love for space and the occult. As she draws constellations in her notebook, a small and fluffy creature suddenly appears from it! The creature, which she names Fuwa, turns out to be an alien with the ability to create warp holes.

When Fuwa’s companions, the aliens Lala Hagoromo and Prunce, arrive on Earth, they declare that they are searching for the Precure, legendary warriors who will save the universe. But an organization known as the Notraiders soon follows and attacks, intending to capture Fuwa and its power. Overcome by a desire to protect Fuwa, Hikaru finds herself transforming into “Cure Star,” one of the Precure that Lala and the others have been searching for!

It is now up to Hikaru and the rest to fend off the Notraiders’ onslaught, discover the rest of the Precure, and find the Star Color Pens, artifacts that will awaken the 12 Star Princess who keep the universe in balance.