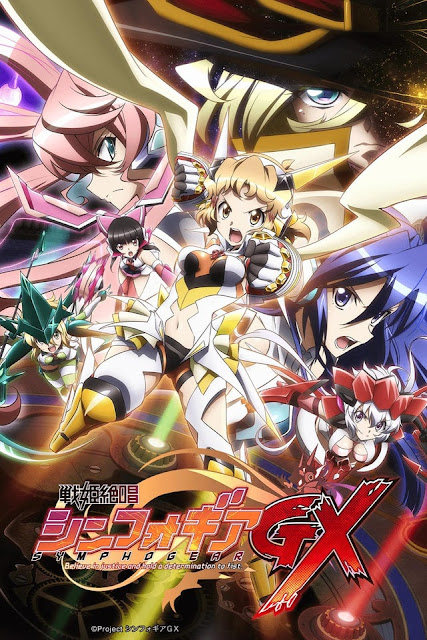 Following the events of Senki Zesshou Symphogear G, Hibiki Tachibana, Tsubasa Kazanari, and Chris Yukine continue to operate under the command of Genjuurou Kazanari. Meanwhile, Maria Cadenzavna Eve, Kirika Akatsuki, and Shirabe Tsukuyomi are taken into protective custody. With peace restored, everyone returns to their daily lives; however, the appearance of the alchemist Carol Malus Dienheim and her subordinates—the “Autoscorers”—threatens to draw everyone back into a conflict.

Armed with a strange and magical power, Carol wishes to initiate the apocalypse and bring destruction to the world… and she is willing to sacrifice everything to do so. Against this mysterious new foe, the six Symphogear wielders must rise to the challenge in order to protect what they hold dear. However, will Carol and her Autoscorers prove to be too much to handle in this fight to protect the fate of the world?