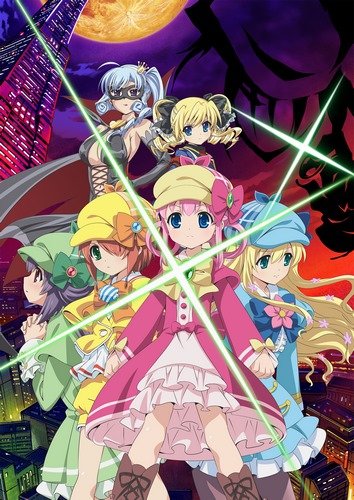 The four members of Milky Holmes are going on a study tour. While soaking in the hot springs among snow monkeys, alarms interrupt the relaxing environment! It was the work of the Thief Empire. A fierce battle between Milky Holmes and the Thief Empire begins, with both sides using their Toys (special powers). Furthermore, with the arrival of the Genius 4, a three-way fight occurs! In the midst of battle, a violent lightning strikes from the sky. Struck by the lightning, the four Milky Holmes girls lose their abilities.