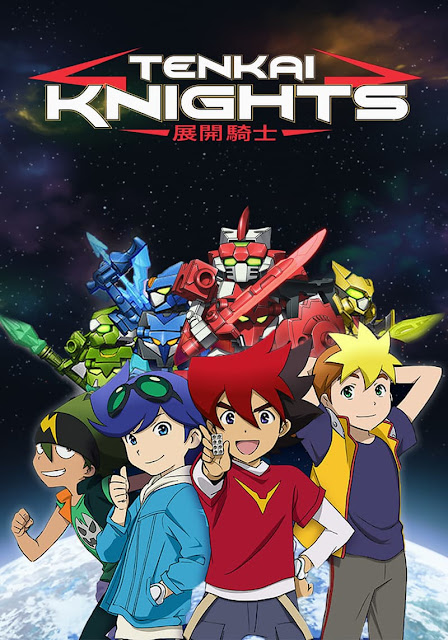 Eons ago, a cube–like peaceful planet named Quarton, populated by shape–shifting living bricks called Tenkai, was ravaged by a war between two opposite factions: the Corekai led by Beag and the Corrupted led by former Tenkai Knight turned ruthless warlord Vilius. The only ones who were strong enough to defeat him were the Tenkai Knights: Bravenwolf, Tributon, Valorn, Lydendor, and Dromus. Facing defeat, Vilius unleashed the mighty Tenkai Dragon, who was later defeated by the five Knights and its fragments were scattered across the planet. These heroes were never seen again, but the Corrupted have returned more powerful than ever. Now on planet Earth in the year 2034 within Benham City, four teenage humans named Guren, Ceylan, Toxsa, and Chooki find an interdimensional portal to Quarton where they are chosen by the Guardians to become the new generation of Tenkai Knights and prevent Vilius to take control of both worlds.