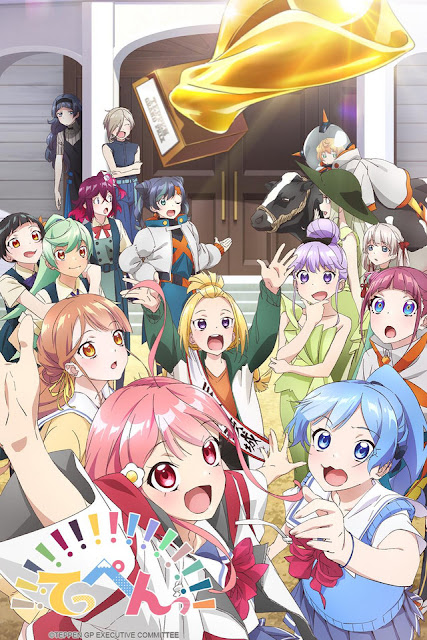 The Teppen Grand Prix is a competition established out of an appreciation for stand-up comedy. As devoted fans of such performances, Yayoi Sakamoto and her two friends—Yomogi Takahashi and Yuzu Hosono—form the stand-up trio Young Wai-Wai. After qualifying for the final round in the prix, the three go up against other comedic trios, but only one group can emerge victorious.

With participants housed in a famous dorm where many comedians before them have lodged, the contestants’ time living at the establishment will give them a chance to prove they have what it takes to make their audience laugh until they cry!