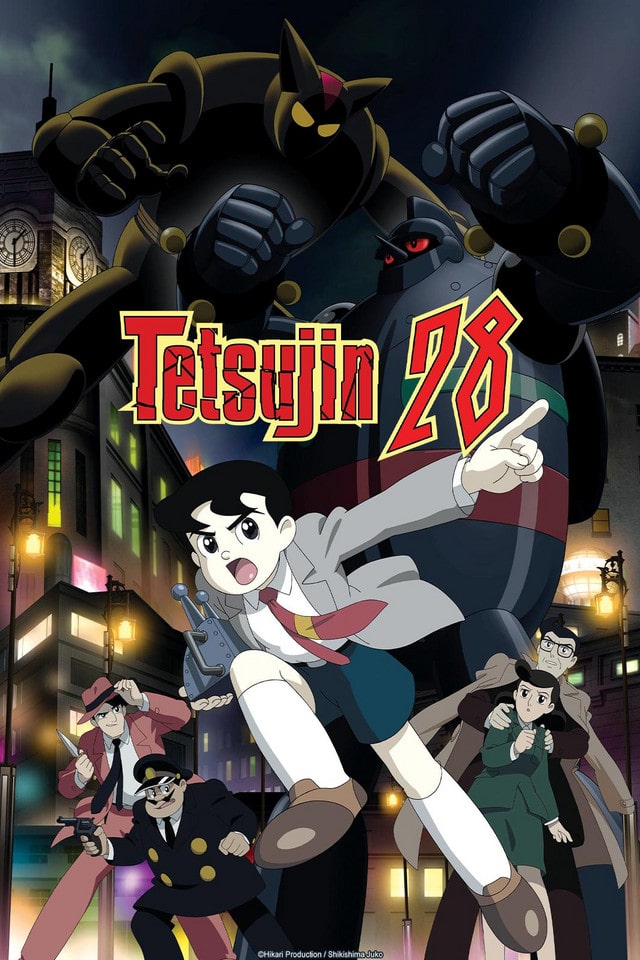 The journey begins when Professor Kaneda creates the ultimate soldier robot, Tetsujin, as a substitute for his son, Shotaro, whom he mistakenly believed died in a bomb raid on Tokyo during World War II. To prevent the army from using Tetsujin as a tool for destruction, the professor hides the robot on a remote island. Ten years after the war, Tetsujin is finally resurrected after 28 attempts made by the late Kaneda’s protege, Professor Shikishima. Meanwhile, Shotaro has grown up to become a detective and now joins forces with his beloved Tetsujin to wage a courageous battle against evil!