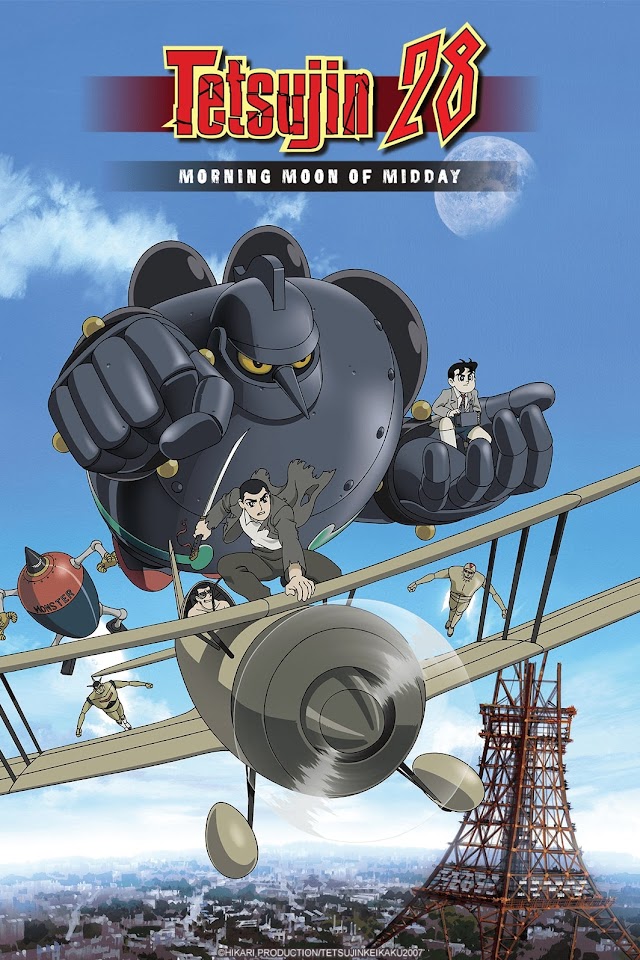 Japan, ten years after World War II. Boy detective Shoutarou solves mysteries and fights crime with the help of Tetsujin 28, the 50-foot tall giant robot left for him by his late genius father. But one day he’s shocked to learn that his father also adopted and raised another boy named Shoutarou, now a repatriated soldier. Just as surprising to our young hero is the fact that his “big brother” can also control Tetsujin, even better than he can. But with the emergence of this elder brother comes danger, as a mysterious assassin, Morning Moon, closes in on the boy for being unworthy of controlling the robot. Meanwhile, the capital faces destruction when multiple bombs are discovered, planted by the two Shoutarous’ father himself!