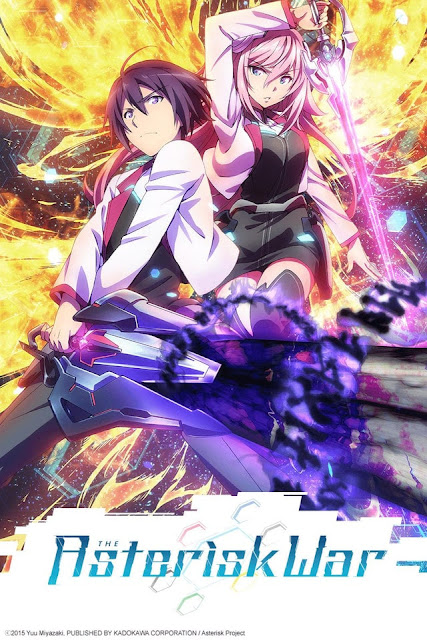 Invertia (meteor storm)… an unprecedented disaster that struck the world during the 20th century.

Because of this disaster, numerous cities around the world were destroyed. However, within the meteor, an unknown element called mana (the all-encompassing element), was discovered, which allowed human technology to make rapid strides.

This also gave rise to a new species of human born with unique skills – the Star Pulse Generation (Genestella).

The setting for the world’s greatest comprehensive battle spectacle, the Festas (Star Warrior Festivals), is an academy city above the water surrounded by six academies called Rikka also commonly known as Asterisk. Having transferred into Seidoukan Academy in order to fulfill his own wish, scholarship student Ayato Amagiri swears he too will fight in this city.

The curtain rises on this school battle spectacle!