Home » Adventure » The Dagger of Kamui 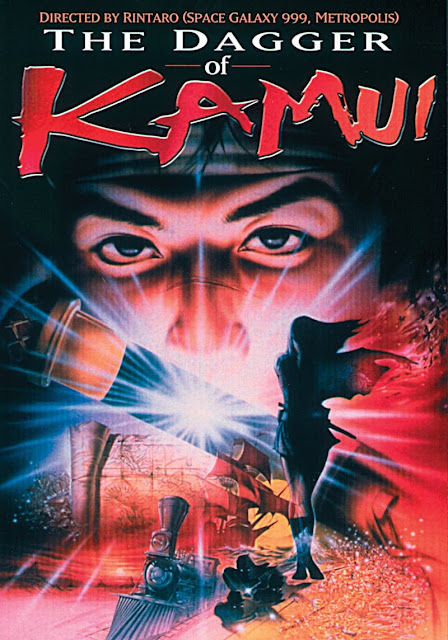 The Dagger of Kamui

A young boy named Jiro finds his mother and sister murdered in his home. Falsely accused of the crime, he flees from his village and meets a priest named Tenkai, who has him kill a rogue ninja named Tarouza. After fulfilling that task, Jiro undergoes training to become a master assassin. Many years later, Jiro finds out that he was an orphan and his real father was Tarouza, who had worked for Tenkai until he aborted his mission when he fell in love with an Ainu woman. The young ninja discovers that the Shogunate was to retrieve the lost treasure of Captain Kidd and use it to once again isolate Japan from the rest of the world. Using the clues that Tarouza had kept secret, Jiro—along with the female ninja Oyuki and a slave named Sam—travels to Russia and America to search for the treasure in hopes of using it to extract revenge from Tenkai.

Nura: Rise of the Yokai Clan