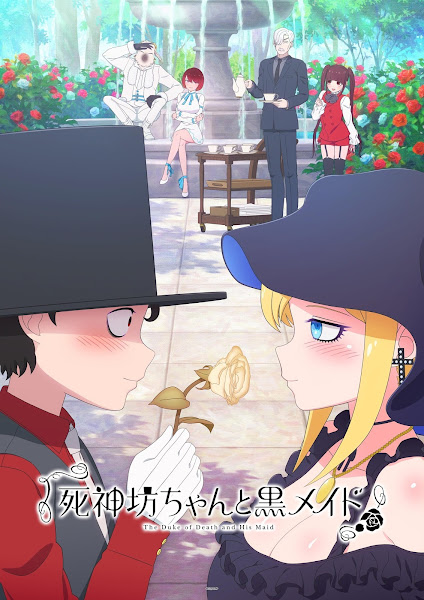 As the elegant, frail flower petals wither away into lifeless ashes, the young duke is tragically reminded of the despicable power forced upon him—the ability to kill anything he touches. Scorned by his family, he is sent away to live in near isolation. Fortunately, he is not entirely alone, as the manor’s staff—his dutiful butler Rob and the flirtatious maid Alice—keep him company and make his life less miserable.

As the duke’s romantic feelings for Alice grow, so does his continued frustration for the limits set by his unfortunate ability. Therefore, he resolves to break the curse cast upon him all those years ago, not only for his sake, but Alice’s as well—for he is painfully aware of how difficult it is to avoid the touch of a loved one.

Alternative Titles: Shinigami Bocchan to Kuro Maid, The Duke of Death and His Maid, Young Master the Grim Reaper and the Black Maid, 死神坊ちゃんと黒メイド