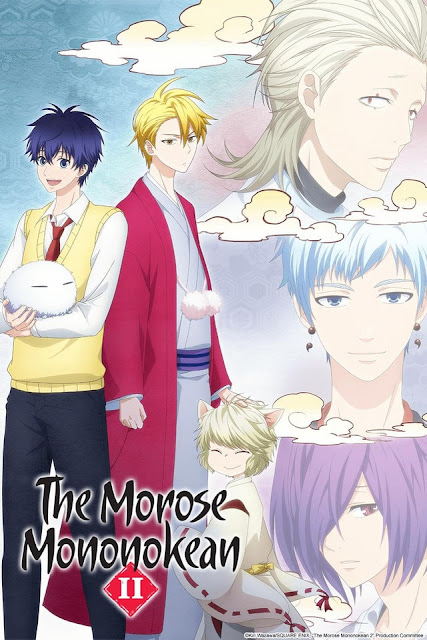 The second season of The Morose Mononokean.

The job of exorcists is to send yokai living in the mundane world for whatever reason back to the Underworld where they typically live. In order to repay his debt of one million “en” to master of the Mononokean Abeno Haruitsuki, Ashiya Hanae works as his employee, assisting him with exorcisms. One day, when the two of them return to the Mononokean after finishing a job, they receive an SOS from the Legislator, one of three major powers who govern the Underworld. They head to the Underworld immediately, where Ashiya gets caught up in an incident… The story of exorcist duo Ashiya and Abeno and the yokai resumes once again.