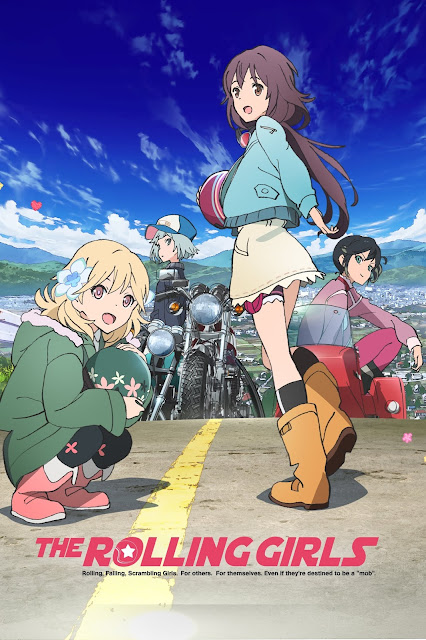 Gun your engines and get ready for the full-throttle adventure of The Rolling Girls, the first original anime from the studio that brought you Attack on Titan! In the wake of the Great Tokyo War, Japan as the world once knew it no longer exists. What remains is a fragmented network of independent nations, each ruled by a prophet known as a Mosa. Every Mosa commands an army, or Mob, as they seek to conquer anyone in their path. Enter Nozomi, Yukina, Ai, and Chiaya. Together, these intrepid and adorable girls travel across battle-ravaged Japan, seeking to transform themselves and their world!