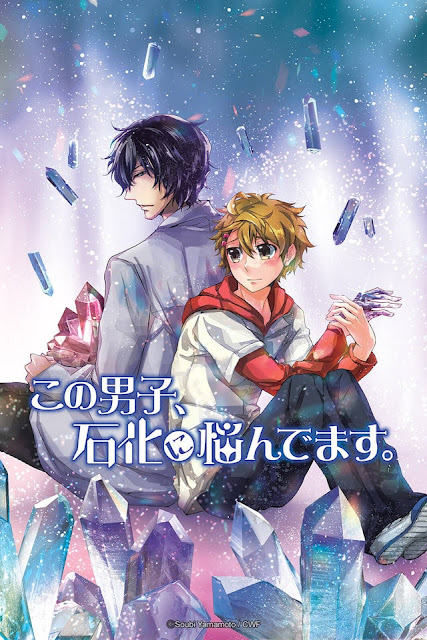 This Boy Suffers from Crystallization

Ayumu Tamari suffers from a condition known as “Crystallization Syndrome.” In moments of high stress, parts of his body begin to crystallize and become extremely difficult to move. Unfortunately, Ayumu’s severe social anxiety makes him completely unable to speak to anyone in his class, and ultimately causes him to crystallize so frequently that he has to repeat a year in high school.

Ayumu’s only solace is his homeroom teacher, Kouya Onihara, whom he affectionately refers to as “Oni-chan Sensei.” Kouya collects and studies crystals, and he finds Ayumu’s crystalline body both beautiful and fascinating. With his stress from school compounded by the complexities of a forbidden student-teacher relationship, Ayumu struggles to find normalcy in his life while managing his emotions and trying to prevent complete crystallization.