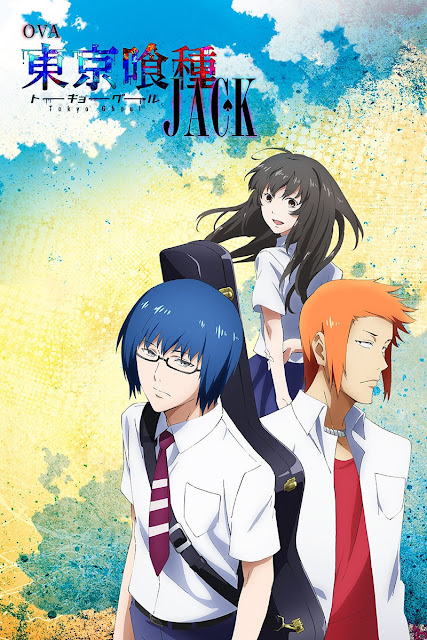 Former baseball player turned delinquent Taishi Fura accidentally witnesses the man-eating “ghoul” known as Lantern injuring his old friend and murdering another. Before the situation gets any worse, Fura’s classmate Kishou Arima arrives―as he is actually an undercover investigator for the Commission of Counter Ghoul (CCG)―and forces the ghoul to flee.

Seeking revenge for his friends, Fura joins forces with Arima to hunt down ghouls in the 13th Ward—ultimately aiming to bring down Lantern.

Tokyo Ghoul: “Jack” unveils snippets of life in the past for the CCG’s fearsome “Reaper,” Arima, giving insight into how he spent his high school days.