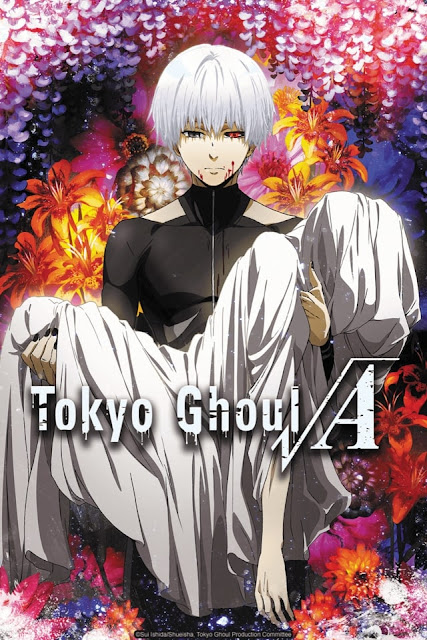 The second season of Tokyo Ghoul.

In modern day Tokyo, society lives in fear of Ghouls: mysterious creatures who look exactly like humans — yet hunger insatiably for their flesh. None of this mattered to Ken Kaneki, a bookish and ordinary young man, until a dark and violent encounter turned him into the first ever Ghoul-human half-breed. Picking up where the first season left off Ken continues onwards into the dark world he has found himself in.