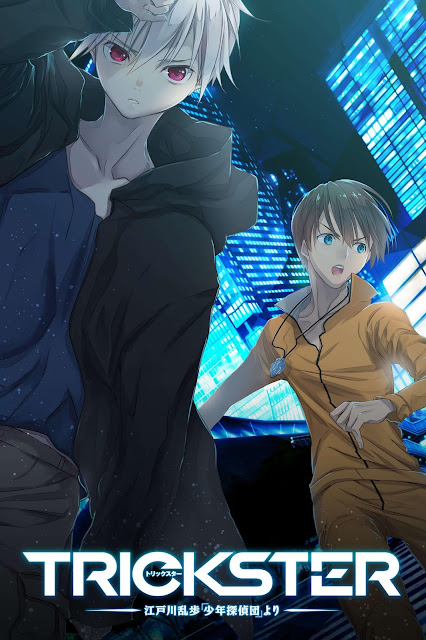 It is the 2030s. A group of mysterious detectives, the Shonen Tanteidan, work at the command of Akechi Kogoro. They’ve solved case after case, large and small, with their innate enthusiasm. One day, one of the members of the group, Hanasaki Kensuke, meets an odd boy named Kobayashi Yoshio. Robbed by a strange fog of his ability to die, Kobayashi spent his days in isolation, longing for death. Hanasaki takes an interest in him, and invites him to join their group. Their fates become intertwined with those of the nefarious Fiend with Twenty Faces and Kogoro Akechi.