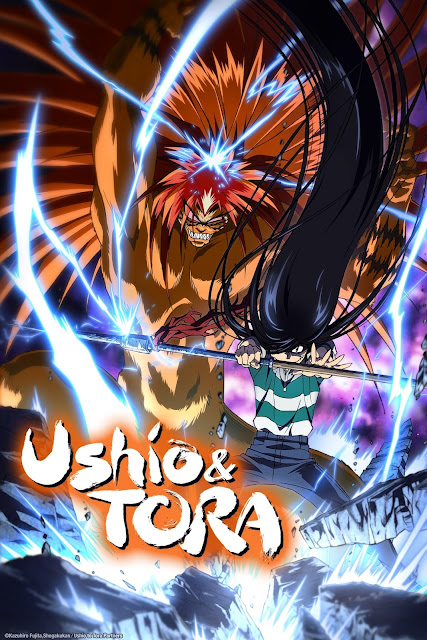 Ushio always ignored his father’s crazy tales about the temple where they live. All that talk of restless souls and vicious monsters are nothing more than stories, right? However, Ushio  quickly rethinks his position when he discovers a locked basement with an actual demon pinned to the wall by a spear! The tiger-striped demon threatens to eat Ushio if he doesn’t free him, so Ushio naturally chooses to ignore him. However, when the demon’s presence starts to attract others, Ushio is forced to remove the spear to save himself. To make a bad situation even worse, freeing the demon, Tora, also bonds Ushio to the cursed Beast Spear, sending him on a journey where unspeakable dangers await. The battle is only beginning for these unlikely partners in the all-new USHIO & TORA!