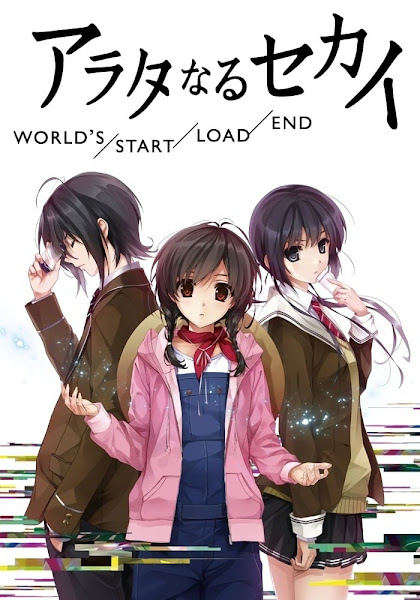 Four high school girls in uniforms walk silently on the barren earth. These girls are time travelers who had been sent 6000 years into the future, from their present in which the same day is endlessly repeated, in order to evade human extinction.

They studied time travel in school, were examined by the aptitude test, and were sent to the future as told. What should they do now? They had no idea. The only thing they could take with them from the present was a light, toy-like cellphone. Of course, it receives no signal here.

As the girls are walking, they see strange birds flying in the sky, and a discolored river in the distance.

Then, one girl finds an abandoned house, and recognizes the name inscribed on the front gates.