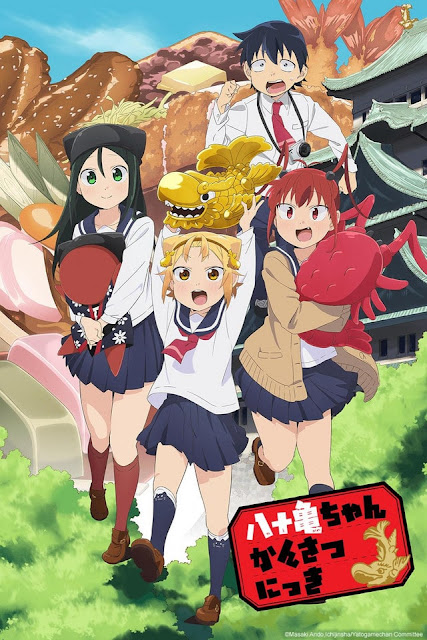 After growing up in Tokyo, high school student Jin Kaito moves to Nagoya where he meets Yatogame Monaka, a fellow student who puts her Nagoya dialect on full display. With her cat-like appearance and unvarnished Nagoya dialect, Yatogame won’t open up to him at all. This popular local comedy is increasing the status of Nagoya through observation of the adorable Yatogame-chan!