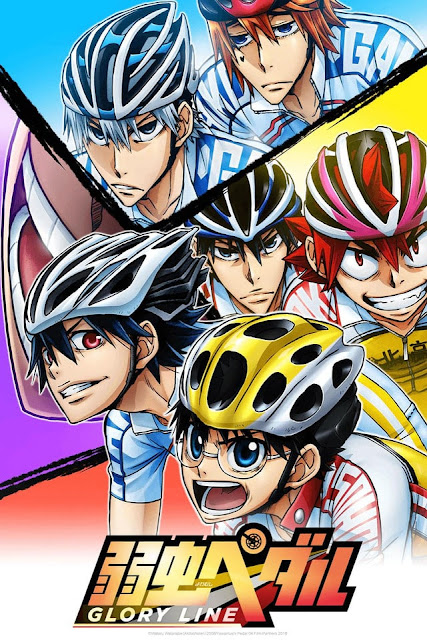 Protagonist Onoda Sakamichi’s team, Sohoku High School, won last year’s national tournament, the Inter-High. The upperclassmen who pulled the team have graduated. By inspiring, supporting, and lifting each other up, the new generation of team members won a ticket to the Inter-High and a chance at a repeat championship. Their rivals, Hakone Academy, former champions seeking to reclaim their crown, and Kyoto Fushimi, home to the monstrous racer Midousuji, have gathered at the race, where they’ll clash in a fierce battle for victory! Every racer carries his hopes and dreams in his heart. As sprinters who race along straight lines, climbers who are masters of the mountains, and aces who lead their teams to victory… The “GLORY LINE” is each racer’s finish line of honor and glory, but who will be the first to cross it?!