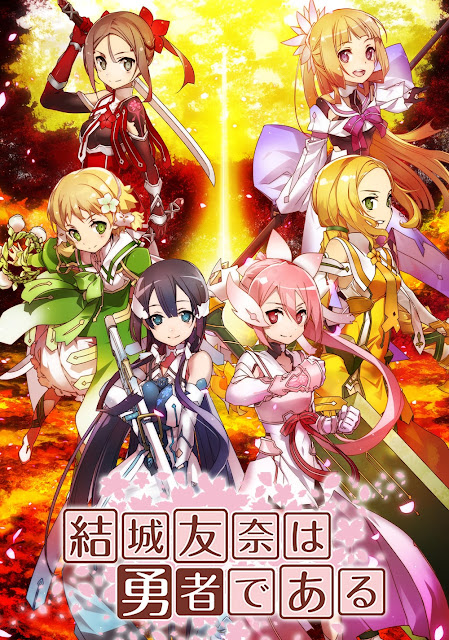 Having fulfilled their destiny during the events of Yuuki Yuuna wa Yuusha de Aru, Sanshu Middle School’s Hero Club—consisting of Yuuna Yuuki, Karin Miyoshi, and siblings Fuu and Itsuki Inubouzaki—is back in full swing, helping out those in need wherever they can. They have also gained a new member, a hero from the past named Sonoko Nogi. But eventually they notice that someone who should be among them, Mimori Tougou, is missing; any trace of her existence is completely gone, save for the girls’ memories.

With no leads on Tougou’s whereabouts, the girls regain the ability to transform and begin the desperate search for their lost friend. But what they find is more shocking than any of them could ever have imagined, and the consequences of their actions begin to change life as they know it.